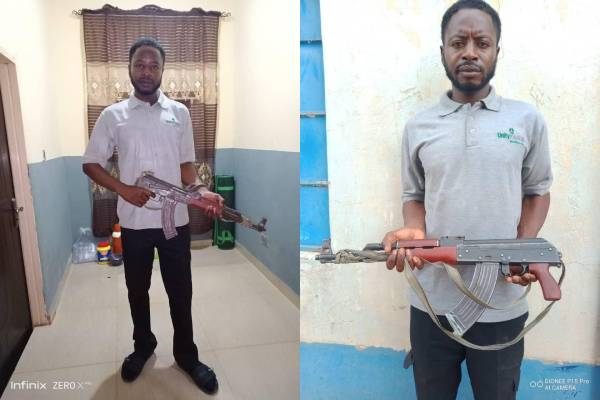 Abdul Adamu Kinkiba, a serving member of the legislative council of the Soba local government area in Kaduna state has been alleged arrested with an AK – 47 rifle loaded with six rounds of ammunition.

It was learnt that he was intercepted on a motorcycle by operatives on patrol in Giwa Local Government Area.

The Kaduna Police spokesperson, Mohammed Jalige explained that in the course of the investigation, the councillor confessed he was bound to deliver the said firearm to bandits.

Meanwhile, the  Commissioner of the Kaduna State Police Command Yekini Ayoku has ordered a full-scale investigation to unravel others involved in the act.

Giwa local government area has come under severe terrorist attacks in the past six months with more than 150 people reportedly killed.

It would be recalled that Giwa Local Government is one of the Local Governments that have been worst hit by the insecurity that has pervaded Kaduna State for some time now.