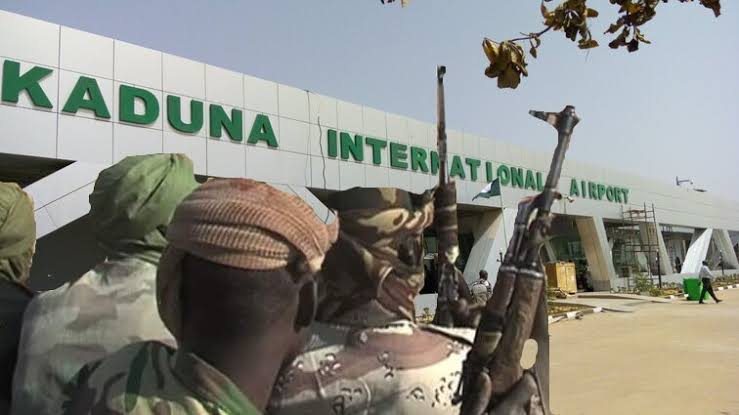 According to reports, the NAMA staff was shot dead around the runway area of the airport.

This is even as the bandits prevented an AZMAN aircraft scheduled for Lagos from take off from Kaduna Airport.

It was gathered that the AZMAN aircraft could not take off at about 12:30pm because of the presence of the bandits by the runway of the airport.

‘’As I speak to you now, there is already military presence to beef up security , though most of the staff are scared with the killing of the NAMA staff,” a staff of the airport said.

Continue Reading
You may also like...
Related Topics:Kaduna airport