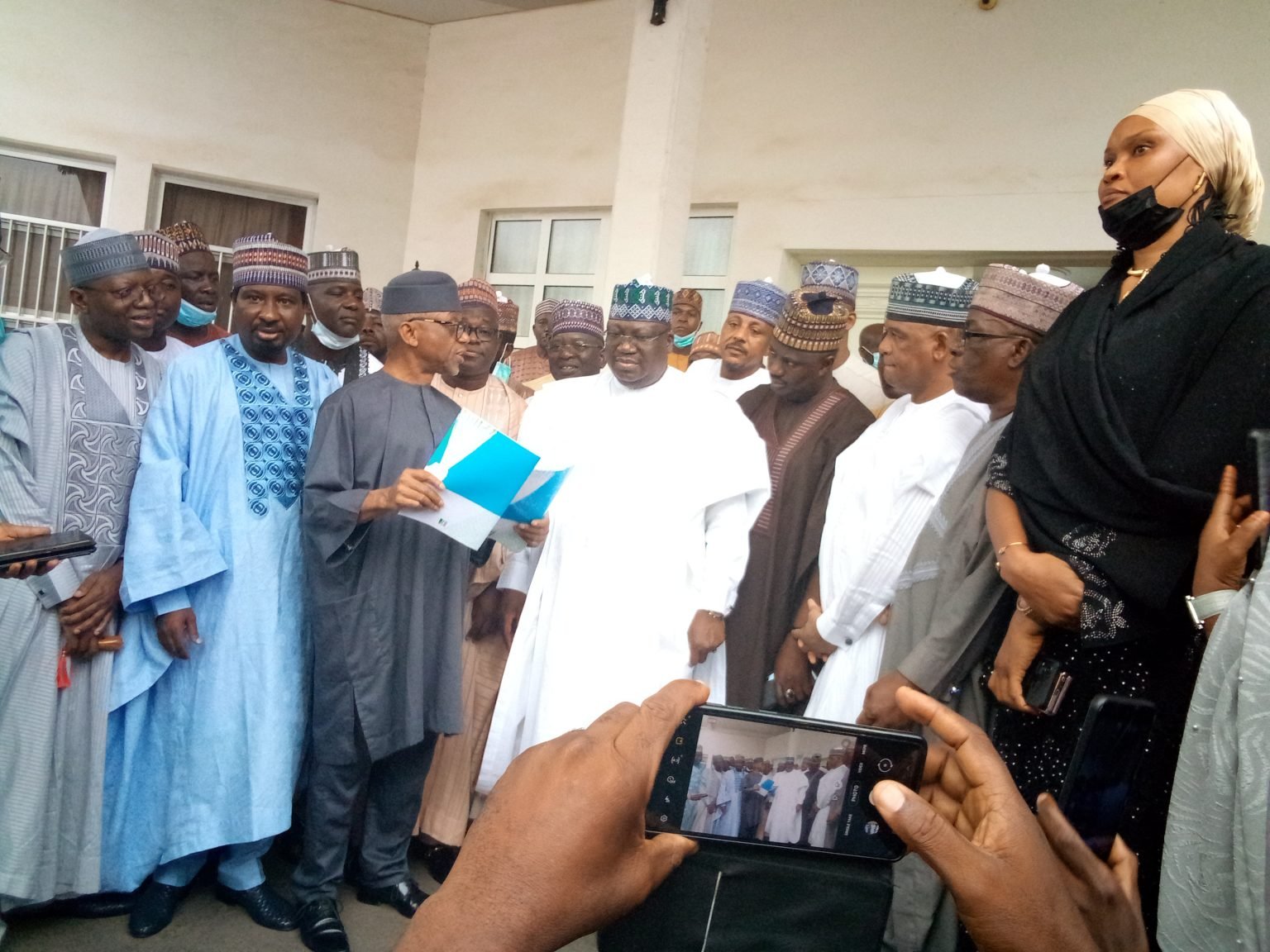 The President of the Senate, Ahmed Lawan on Monday, picks APC N100m Nomination Forms for the 2023 Presidential race.

Amidst the Academic Staff Union of Universities (ASUU) strike, Senator  Lawan and friends purchased the nomination forms at the International Conference Centre, ICC.

Meanwhile, ASUU has extended its roll-over strike for another 12 weeks to enable the Federal Government to address issues bordering on the working conditions of Nigerian academics and deployment of the University Transparency and Accountability Solution (UTAS).

However, the Senate President made 24th on the list to pick the APC’s expression of interest and nomination forms.